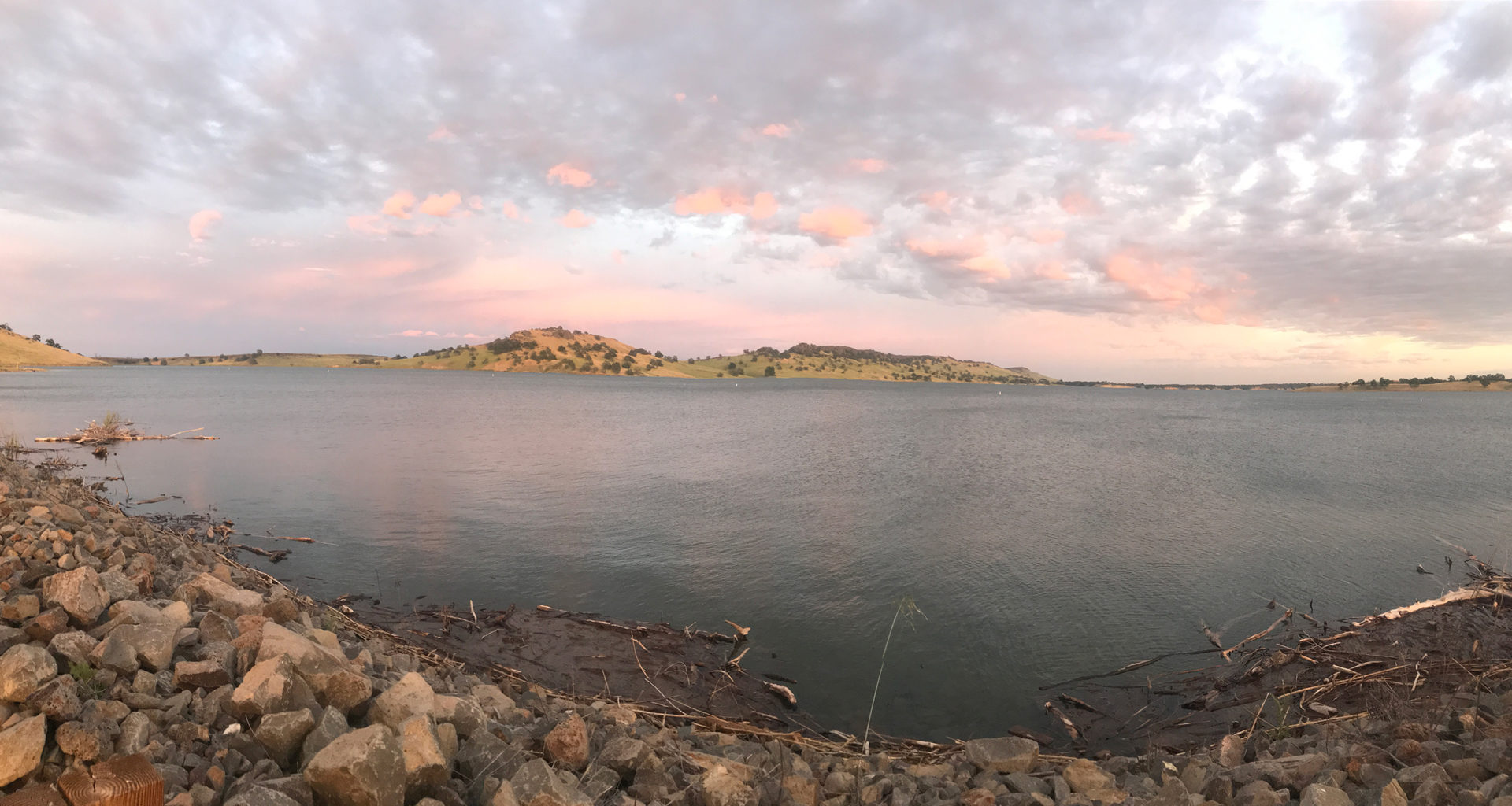 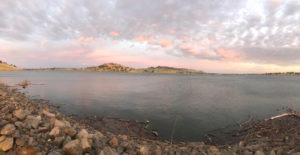 After a few nights in parking lot style RV Parks (Casa De Fruta and Rolling Hills Casino) we were ready for some real camping.  We saw a sign for Black Butte Lake Recreational Area and thought we’d give it a go.  We called to make sure the coach would fit and were told “well, I’ve seen rigs over 40 foot out there”.  Good enough for me.  We went to the Buckhorn area of the lake, 12 miles off the I-5 and we were rewarded for our efforts.  Built around the same time i was, in the early sixties, this area is maintained by the Army Corp of Engineers and is one of the best maintained and equipped remote campgrounds we’ve seen.  Need large campsites?  Got it.  Need boat docks?  Got it.  Exercise area with equipment?  Got it.  Children’s playgrounds?  Got it.  Miles of signed hiking trails?  Got it.

We arrived on what, so far, had been the hottest day of the year and hiked the Bobcat trail through rolling hills mostly overlooking the lake.  The next day cooled down into the 80s and was perfect kayaking weather.  On a calm day this is a fantastic kayak lake.  Lots of little coves to explore and big enough to be a work out  but not so big that you can’t get across it.

We were also impressed with the amount of wildlife we saw at Black Butte.  Deer were everywhere, clearly unimpressed with people as they would graze within rock throwin distance.  I hope this lack of fear of people doesn’t get into their species’ genetic memory because venison is tasty, and my species hasn’t forgotten that!  We saw Jackrabbits on our hike that were as big as small dogs, and certainly bigger that those silly lap dogs we see people bring with them in their RV’s!  We were buzzed by hawks and buzzards out looking for a meal.  Apparently they were scoping us out as either the competition or an ambitious meal ourselves.  In the end, they gave up and moved on. 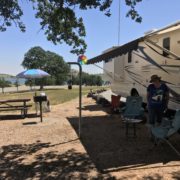 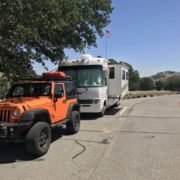 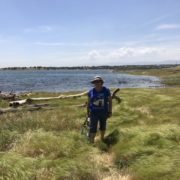 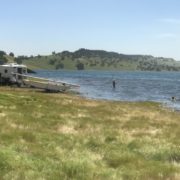 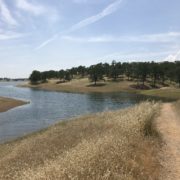 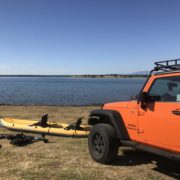 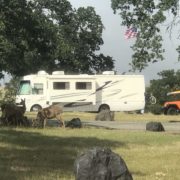 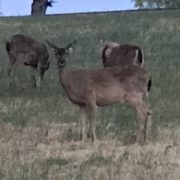 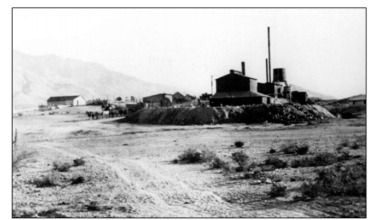 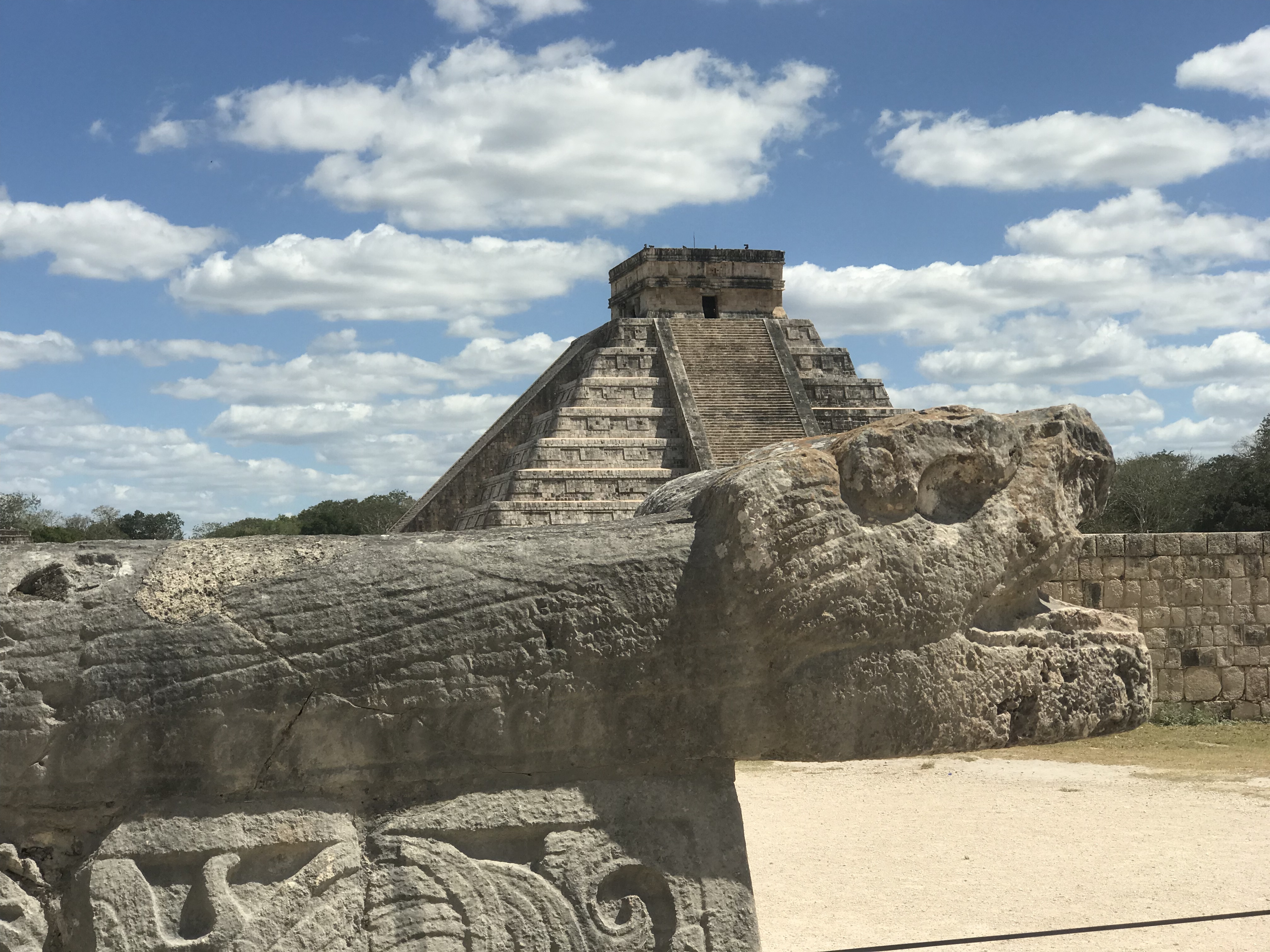 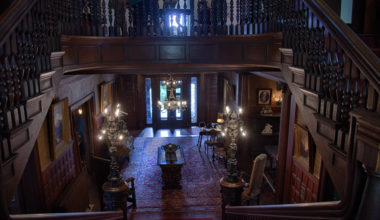 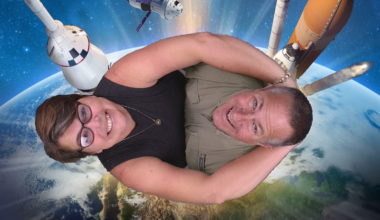 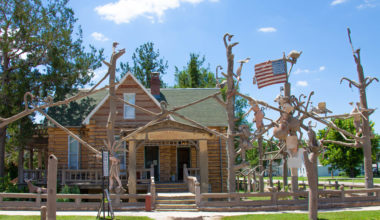